Mr. Joe Attard was well-known as one of the long-serving mayors in the Maltese islands. He occupied the position of Mayor in the locality of Zejtun since 1996, whilst serving as a councilor in 1994.
Mr. Attard supported the cultural sector of our country, particularly that of Zejtun for many years. He served as President of the Zejtun Band Club, one of the two main musical societies in the village of Zejtun. In his capacity as mayor, Mr.Attard was the main promoter of the “Żejt iż-Zejtun” event. This activity became part of the cultural calendar, which supports the internal tourism in the Maltese islands.
In the 1990s and beginning of the 21st century, Mr. Attard was directly involved in the well-established cultural events known as “Iljieli Mediterranji.” These popular nights have greatly supported the cultural sector and local artists in Malta.
In 2008, Mr. Attard along with mayors and other members emanating from the private sector were instrumental in the establishment of the GAL Xlokk Foundation. Mr. Attard served as Chairman since the LAG’s foundation. The hard work of Mr. Attard together with the rest of the LAG’s administration has largely contributed to the success of the first LEADER programme in the south-east territory of the Maltese islands.
Amongst the most successful LEADER projects under the administration of Mr. Joe Attard we can mention the heritage trail projects in the localities of Zejtun and Qormi, the investment made by a local oil producer and the setting up of a tourist information centre in the village of Marsaxlokk.
GAL XLOKK Foundation and its members would like to thank Mr. Joe Attard for his great contribution during the past years. All the private and public members of the LAG would like to send their sincere condolences to his family, relatives, and friends. 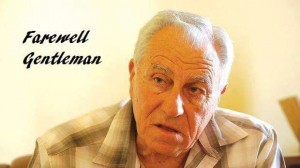